Central to the collection are two drum kits:

Both of these Travis Barker drum kits have some minor scuffs, but are otherwise in great condition. The Troy Lee kit will set you back USD $30,000. If you’re short on cash, the Evel Knievel kit is a more affordable USD $25,000. The kits sport Remo drumheads across the board, with Remo Emperor and Remo Ambassador drumheads on the snare and toms, and Remo Powerstroke heads on the bass drums.

You’ll also find a lot of electronic drum gear, all with much more reasonable price tags.

Here are a few highlights:

All gear comes with a signed certificate of authenticity from Travis Barker. If you’re interested, take a look at the full store on Reverb here. 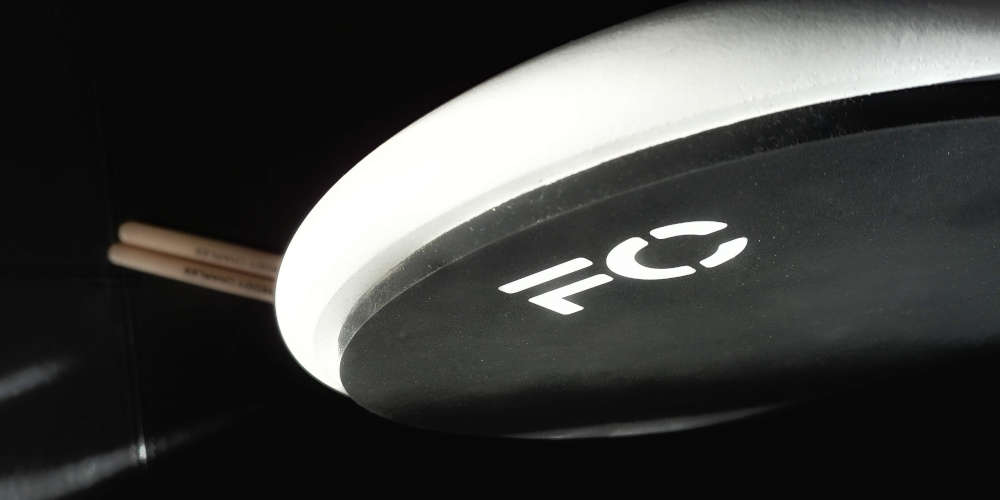 As a drummer, the practice pad is the go-to tool to improve your chops. There’s an endless number of pads out there, making it difficult to figure out which one is best. Luckily we’ve come across a great one: the Freddy Charles signature practice pad. It’s built for bounce, and (importantly) you get some very nice educational content with the pad to ensure you’re making the most of the rebound the pad provides.

Read our review of the Freddy Charles practice pad here.

Freddy was also nice enough to also write an article for us, which shows beginner drummers where to start when using a practice pad. Take a look at Freddy’s great article on learning drums with a practice pad here.

Read our deep-dive into the history of the Ludwig drum company. From humble beginnings, Ludwig rose to become the most recognizable drum brand in history, endorsed by some of the biggest names in music, and recorded on countless albums.

Read our full history of Ludwig drums, including a quick guide to today’s kits.

Our latest article looks at how you can build a tiny, powerful, full-featured electronic drum kit that is perfect for playing quietly in an apartment. It even blows most full-size electronic drum kits out of the water when it comes to the number of pads, features, and functionality. 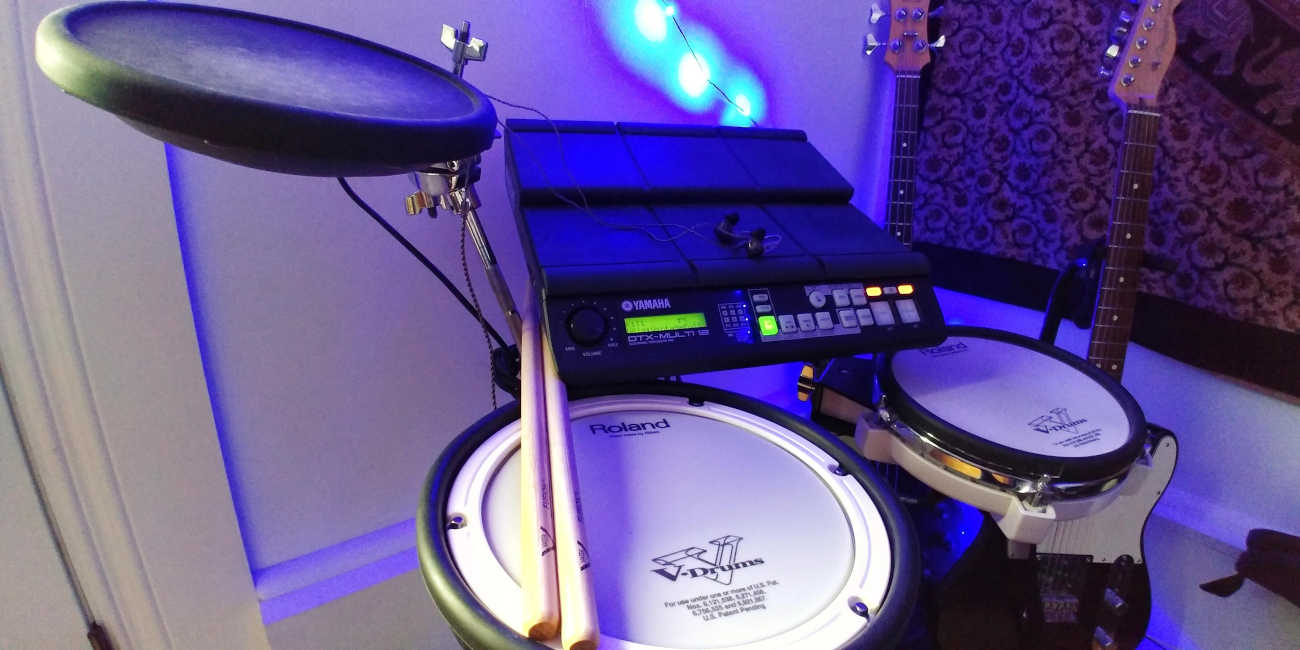 Looking to own a piece of history? Currently being auctioned is Neil Peart’s drum kit – a Slingerland set used on Rush’s tours and albums between 1974 and 1977. 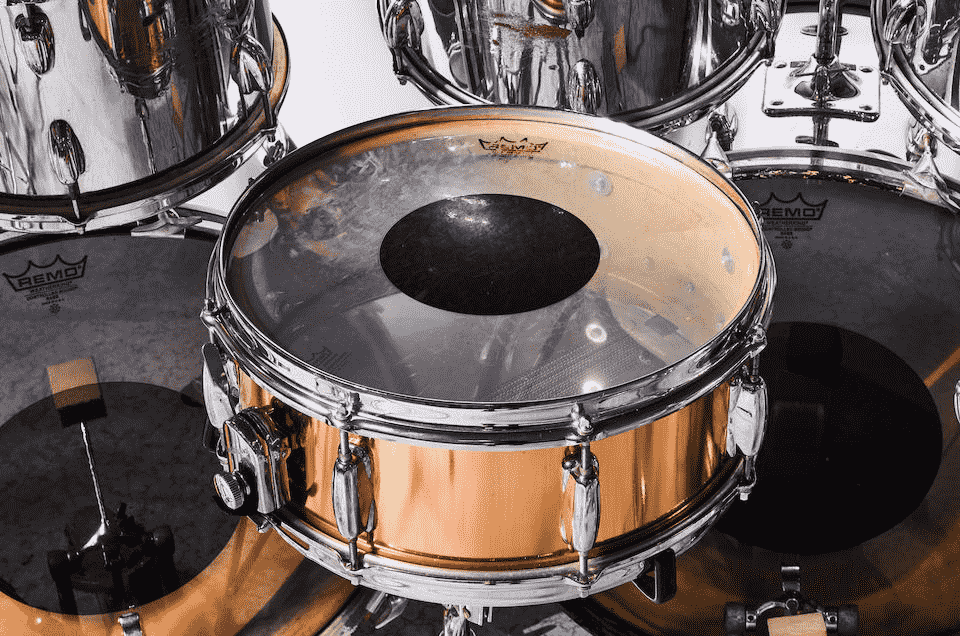 The Neil Peart drum kit is a chrome wrapped Slingerland kit made in Niles, Illinois, USA. Made of 3-ply shells of maple, poplar, and mahogany, the drum set is comprised of: 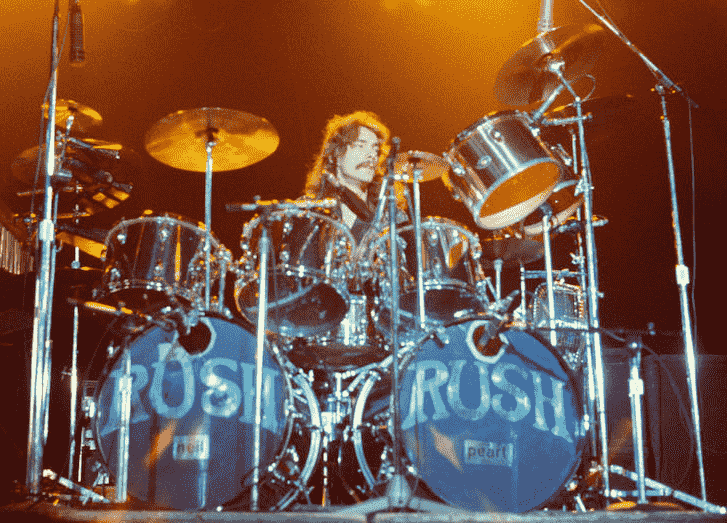 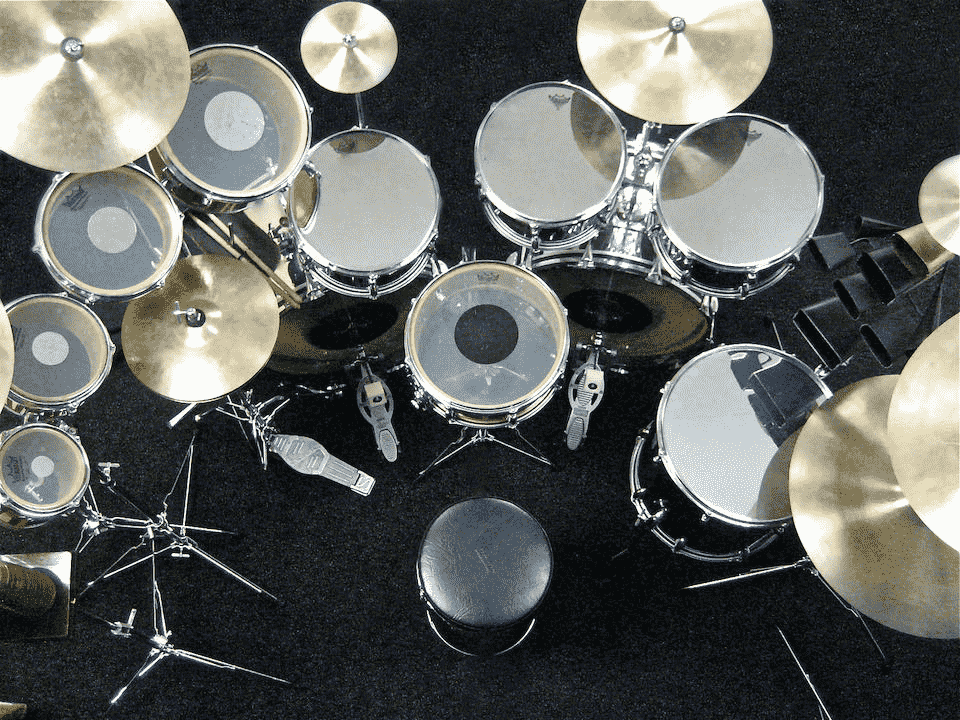 When it comes to drumheads, Peart played both Remo and Evans heads across the kit. Most of the drum set’s batter heads are clear Remo Controlled Sound, while resonant heads include blue Evans all weather rock heavy duty heads. The snare drum features a Remo Ambassador snare side drumhead.

Peart’s concert toms feature unnumbered Remo experimental heads – while there’s no clear information on the exact type of head these are, they look like Remo Controlled Sound with a white dot (rather than the standard black dot). Remo Experimental heads are prototypes, and are sometimes given to performers for testing purposes. 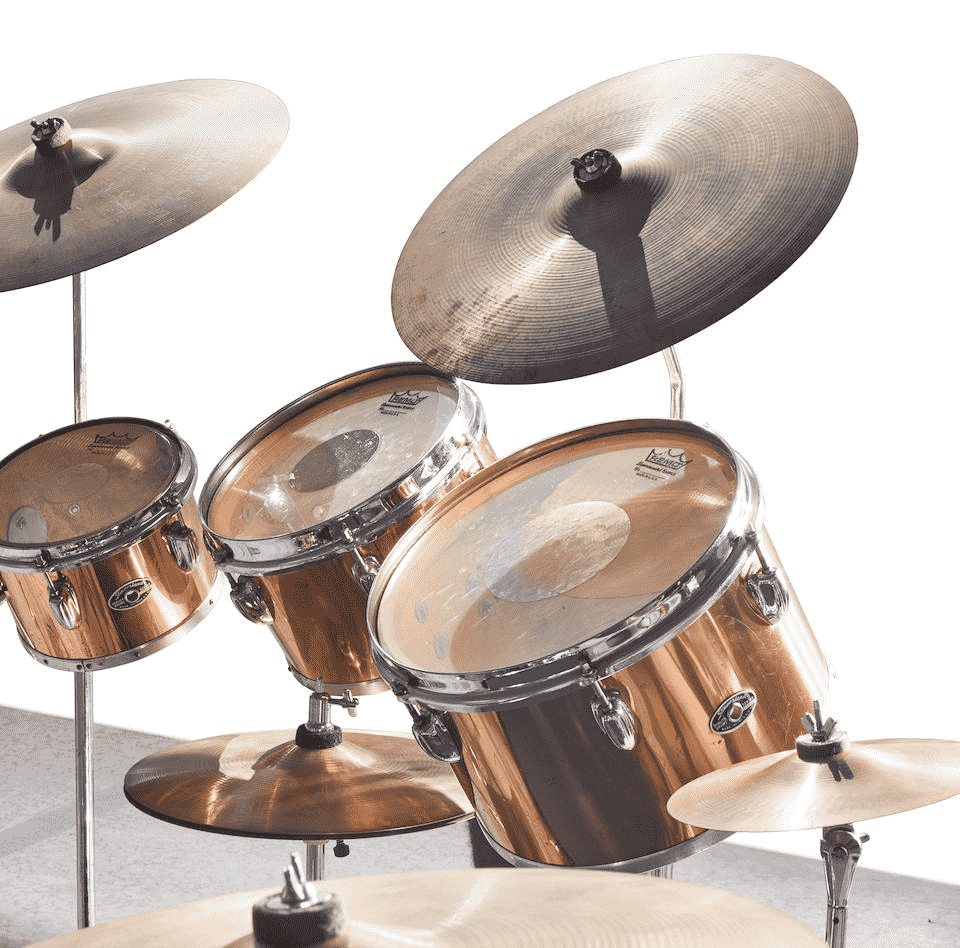 A few weeks later, he was playing these drums on Rush’s first USA tour, where the band opened for Uriah Heep and Manfred Mann’s Earth Band.

The drum set was then used to record the classic Rush albums Fly by Night, Caress of Steel, and 2112, along with the 1976 live-in-Toronto album All the World’s a Stage. Soon after, the drum set was retired. 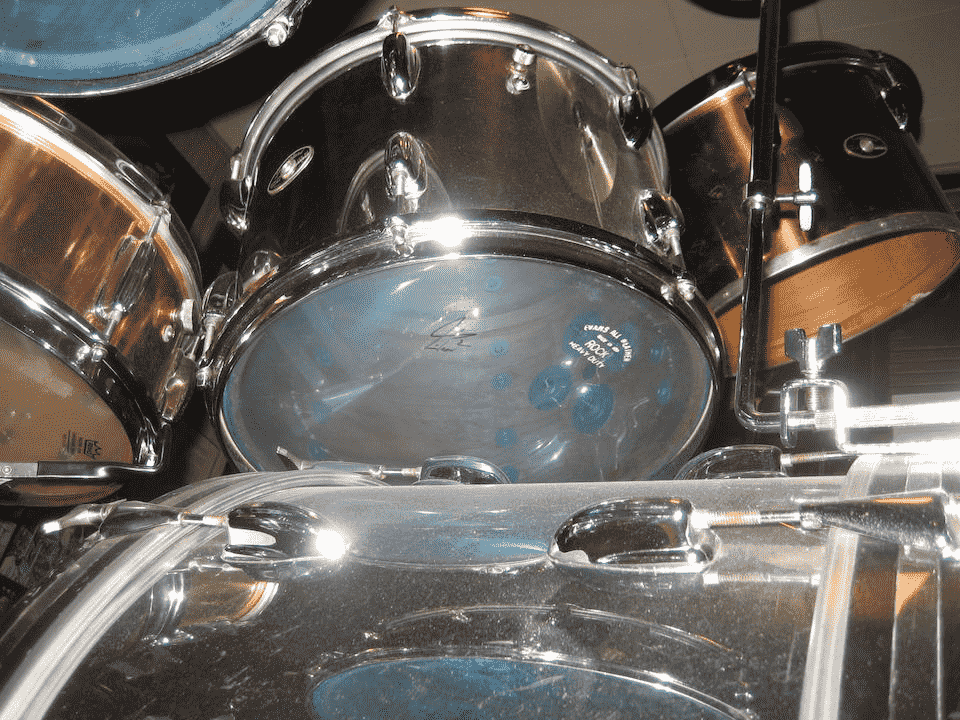 This Neil Peart drum kit is clearly roadworn from the years of touring and recording: The drumheads are covered in stickmarks, paint is missing from the bass drum hoops, and there’s snare rash on the rack tom from years of heavy use.

The drum set has an incredible starting bid of US$80,000, and will likely be sold for much more. Read more on auction house Bonham’s webpage.

DW fans: check out our new guide to Drum Workshop’s history. We cover their beginning and ongoing innovations, starting from their very first product, a hardware case drum seat.

We’ve just released a brand new article covering the history and numerous innovations of Premier drums. Plus, there’s a full overview of today’s Premier drum kits, to help you find the best drum set for your needs. 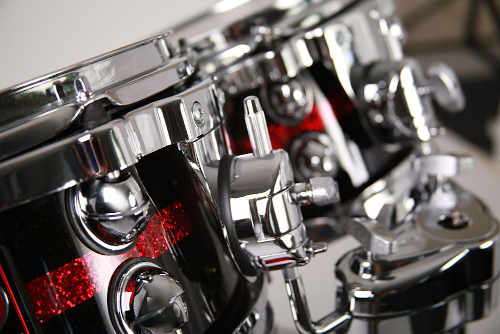 Our latest article looks at Arctic Monkeys drummer Matt Helders: His playing style, innovations, and his go-to fills and grooves. 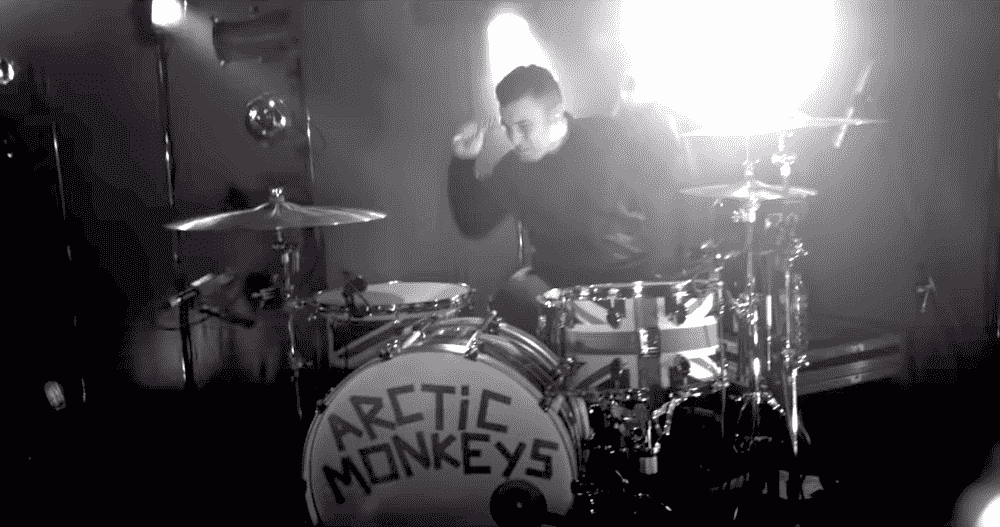 Read about the drumming of Matt Helders here, as we dissect how his unique style is key to the sound of Arctic Monkeys.

When was the last time you heard a song and thought “That drummer should have really used mahogany shells rather than maple“? Never, right?

If you’re wondering what the best drum wood is for your new drum kit, you’re asking the wrong question. In our latest article, we pull apart the “best drum wood” conversation, to show you how little it actually affects your sound.

Drummers can sometimes put so much emphasis on the sound of drum wood. But when you see exactly what goes into a drum’s sound, you’ll realize that you should forget about the wood type altogether.

So don’t buy a drum set made from the wrong wood, don’t pay too much for the “perfect” wood, and don’t overlook the other critical factors that influence your drums.

Here’s everything you need to know about how drum wood affects your sound.

Need a drum practice routine to take you to the next level? These tips will get you there. 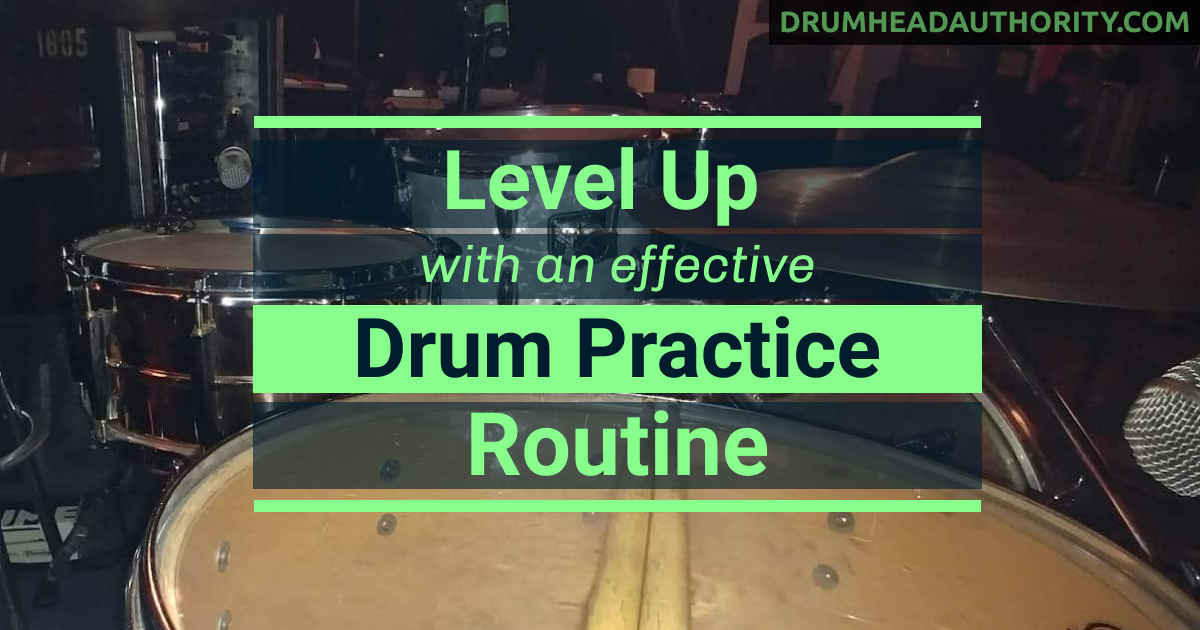 In our latest article, 7UPPERCUTS drummer Callum Rollo takes us through his go-to drum practice schedule, covering the four key areas he targets to keep his skills up.

Here’s exactly how to maximize your drum practice routine, with a focus on technique & timing, rudiments, planning for projects/gigs, and working on improvisation & creativity.