One of the most sampled drum beats in history was recorded on this day, November 20, back in 1969 at King Studios in Cincinnati USA. The song was James Brown’s Funky Drummer, and the beat was laid down by the legendary Clyde Stubblefield, a self-taught drummer who worked with Brown from 1965 to 1971.

Stubblefield is a pioneer of modern funk drumming, and has had a huge influence on the funk scene. So much so, that Prince counted Stubblefield as a drumming idol, and Chad Smith once said that he is the funkiest human being walking this planet. Questlove is quoted as saying Stubblefield is “The Funky Funkiest Drummer Of All Time”.

Stubblefield has influenced some amazing drummers, including Dennis Chambers, Steve Gadd, Steve Jordan, and David Garibaldi to name just a few.  EZDrummer’s Funkmasters expansion has Stubblefield himself playing the samples, along with long-time collaborator John “Jabo” Starks. Stubblefield was joined by Starks on stage with James Brown across the second half of the 1960s, as a two-drummer groove team. Stubblefield had an amazing sense of accuracy, timing and, importantly for James Brown, he knew how to lock into a tight funk beat and keep it running flawlessly. 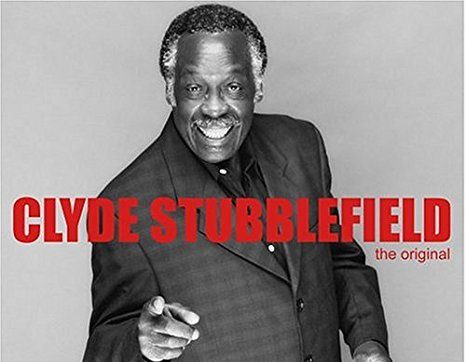 Sitting in the studio, Clyde recalls playing a pattern on his kit. The bass and guitar joined, and this groove ended up being the foundation of Funky Drummer.

Even though his beat has been sampled across countless hit tracks, by some of the biggest names in music, Clyde received almost no royalties for his work. He wasn’t listed as a songwriter, instead paid a session musician’s fee at the time of the recording:

“People use my drum patterns on a lot of these songs. They never gave me credit, never paid me. It didn’t bug me or disturb me, but I think it’s disrespectful not to pay people for what they use.”

Notably, Clyde is featured on the Funky Drummer Edition of Copyright Criminals, a documentary exploring grey areas of how music is copyrighted and used by others. While he never sought royalties from those who sampled his original Funky Drummer groove, Stubblefield did release a series of ready-to-sample beats with this edition of Copyright Criminals. With a simple licencing form, music makers can use use his samples in exchange for a 15% royalty of commercial sales.


As well as Funky Drummer, Stubblefield gave some seriously funky beats to a bunch of other classic James Brown tracks and albums. His super tight groove and flawlessly delicate snare work is the driving force behind Sex Machine, Cold Sweat, Mother Popcorn, I Got The Feelin’, and Say It Loud (I’m Black and I’m Proud).

Clyde Stubblefield passed away on February 18, 2017, to an outpouring of respect from the music world. His work on Funky Drummer has been sampled in at least 1,400 songs since the 1980s. Here is a list of just some of the huge names that have sampled his Funky Drummer beat:

Clyde Stubblefield’s snare drum of choice across his career was a 14″ x 5″ Ludwig Supraphonic 400. He endorsed Remo drumheads.