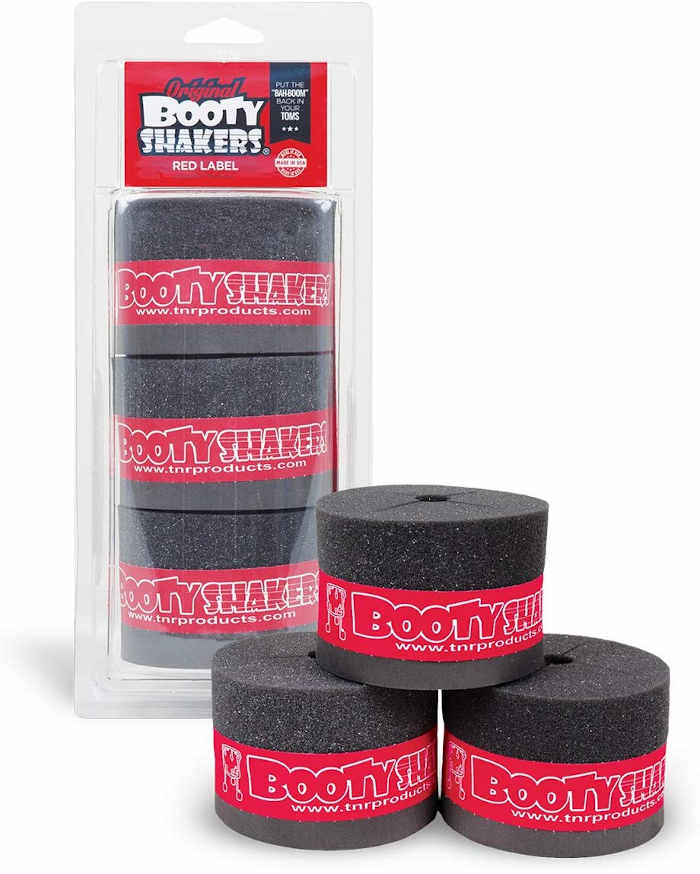 A lot of the drum gear we feature on DrumheadAuthority is related to reducing your sustain or overtones… Doing stuff that stops your drums from ringing out. We even wrote a huge guide on this!

But what about the flip side?

What if you’re struggling to get a strong, deep, long sustain from your drums?

This is sometimes the case, especially for the floor tom.

If you’ve ever tuned a floor tom and hit it while you’re holding it mid-air, you’ll know what I’m talking about here: As soon as you rest that tom on its three legs, the sustain is reduced dramatically. This is caused by the legs resting on a hard ground… The drum’s vibrations travel down to the ground through the legs, and then get pretty much neutralized from there. Conversely, if you’ve used a mounted floor tom, you’ve probably heard the difference. Mounted floor toms “float” much more than floor toms on legs, which allows the drum to ring out longer.

When it comes to toms being held by snare stands, there’s a similar issue: A hanging tom (mounted to a single point) will always have more sustain than a tom on a snare stand. Again, this is due to the drum’s vibration being choked by the multiple points of vibration-killing contact that the snare stand makes with the tom.

This is where BootyShakers come in to solve that problem, and they actually do a pretty good job. 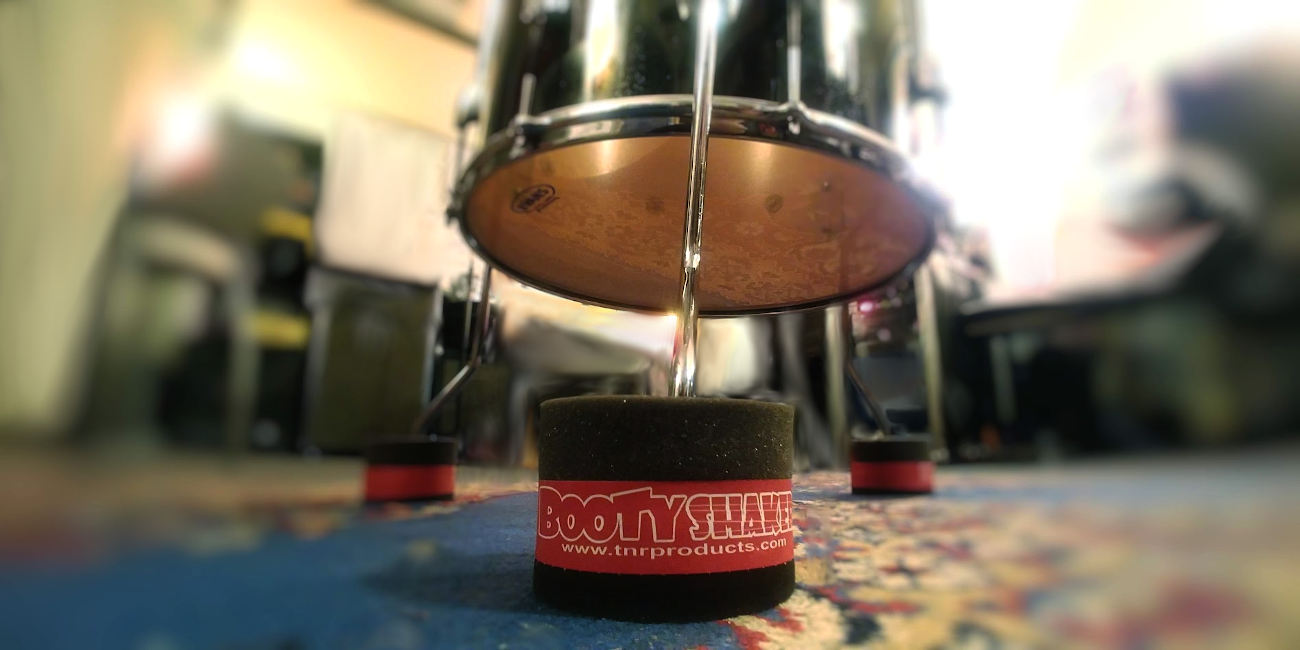 On your floor tom, BootyShakers fit under each of the tom’s legs (between the leg and the ground). The floor tom’s feet simply pop in, so there’s no effort to attach or lock anything in place.

BootyShakers are made of a soft-ish foam material, with a special disc in the center for the tom leg to rest on. The foam material creates a “floating” barrier between the drum and the floor. This allows the drum to freely resonate, while the solid disc gives a stable resting place for the tom legs.

It takes about 20 seconds to install BootyShakers, and you’ll instantly notice a big increase in the length of your sustain. If you’re picky about your drum height, just keep in mind that you might need to slightly adjust your toms after installing them, since they raise the drum up about an inch and a half. 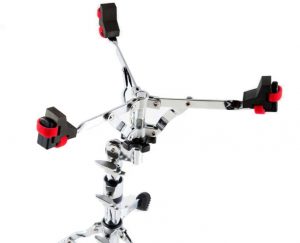 BootyShakers also have an option for smaller toms mounted on snare stands. In this case, you strap three foam pieces onto the mounting points of your snare stand, and rest the tom on these. The effect is similar to the floor tom: longer sustain, due to the drum “floating” rather than resting directly on the snare stand’s arms.

We should point out that if you mount your toms on your bass drum, there’s not a whole lot of difference when using BootyShakers. But if you prefer your toms on a snare stand (or if your drum kit simply doesn’t have bass drum mounting as an option), BootyShakers are definitely worth checking out for your mounted toms.

Not just longer sustain, but deeper tone too

Along with lengthening the sustain of your drums, you’ll also notice a deeper, fuller tone – the actual quality of the sustain is changed as well. 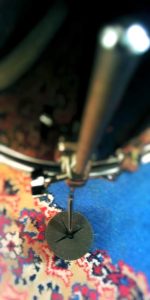 In many situations, the benefit of a deeper tone can be huge (and often better than simply lengthening your sustain):

When you’re playing live or in the studio, with microphones on your kit, you really don’t want your drums to ring out forever, but you often do want a big deep sound.

If the vibration of your drums are being choked before that deep sound can be fully produced, you’ll end up fighting an uphill battle. For these situations you can still throw on some BootyShakers, along with a MoonGel or two, and you’ll get that full deep tone.

In our tests, the sound was pretty impressive with BootyShakers combined with a little dampening. You can get the sustain length to be the same as without BootyShakers, but the tone coming out of the drums is nicer (because those deeper tones aren’t getting choked by the floor).

So you can mix-and-match your preferred dampening styles to achieve the sound you’re looking for.

If you’re struggling to tune your floor tom, I’d really recommend trying BootyShakers as well. Sometimes tuning issues are actually due to the drum fighting with the floor, and so you can get stuck with a sub-par sound even when you’re doing everything right.

BootyShakers allow your drums to open up and sing more than usual, so you’ll maximize the tone you’ll get out of your drums and drumheads when you’re trying to tune.

To let you actually hear these things in action, we did some tests in the studio.

There’s no EQ, no compression, and no other fancy effects or editing on any of these recordings – it’s just the raw track.

Make sure you use some good headphones when listening.

Here’s the floor tom with its legs resting directly on the floor, without BootyShakers:

And here’s the visualization of that audio:

And here’s the visualization of that audio:

Listen closely and you’ll hear a much richer, deeper, and longer sustain with the BootyShakers.

As well as hearing the difference, you can see visually that the sustain is louder and longer when you compare both images.

Daniel Glass has also done a pretty nice overview video of BootyShakers, which you can check out here:

So what’s the bottom line with BootyShakers?

Overall these things are great. They’re not going to fit every single musical situation (sometimes you simply don’t want a huge sustain), but they’re an amazing tool to have in your drumming arsenal. They’ll become your go-to choice whenever you need to deepen your tom’s tone or lengthen the sustain.

BootyShakers really hit the mark. There’s often a lot of junk in the drumming world that doesn’t really help you get what you’re trying to achieve, which is why we felt the need to put up some actual recordings to show what a difference BootyShakers can make.