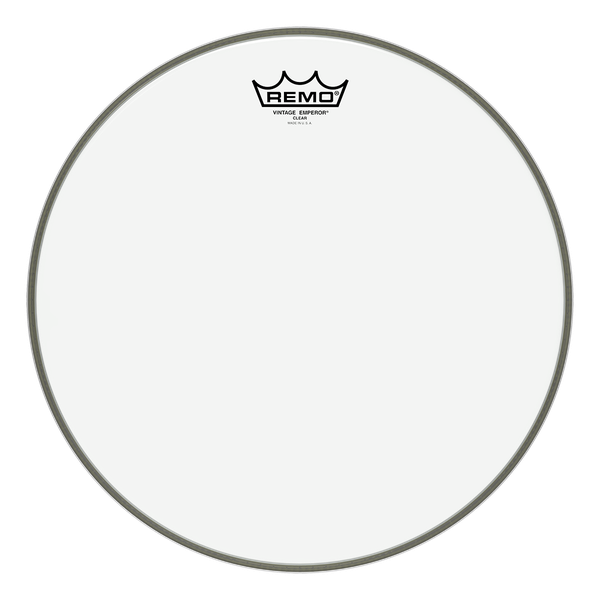 Like the regular Emperor, the Remo Emperor Vintage performs very well in medium and high volume situations. The two 7.5mil plies mean that these drumheads can handle heavier hitting, and the brighter attack comes through clearly at higher volumes. Taken together, these features man that you can lay into these drumheads, to produce a big projecting sound that cuts through when things get loud. At low volumes, note that the Emperor Vintage Clear is less responsive, with the thicker construction giving a more choked sound.

Sound-wise, the Remo Emperor Vintage Clear has a strong and bright attack, followed by a balanced sustain that is slightly on the warmer side of the sound spectrum. This drumhead has no added control or dampening, which allows for a good moderate-length sustain. Overtones are present but not overpowering, and the sound is moderately focused when struck in the center. Overall, the Emperor Vintage Clear is a versatile drumhead option – leave it open for more sustain and overtones, or add dampening (such as Moongel) for more focus.