Starr received the recognition for his contribution to the world of music, and for his services to charity. He is among 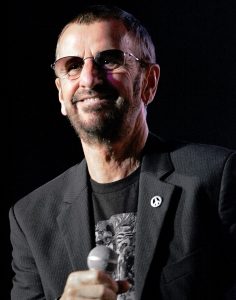 more than 1,100 others recognized in this year’s Honours List. Starr also now joins fellow Beatles bandmate Sir Paul McCartney, who was knighted in 1997.

While Sir Richard Starkey’s musical achievements are well known, he has also contributed to a number of charities and causes including human rights, abused children, AIDS awareness, and poverty.