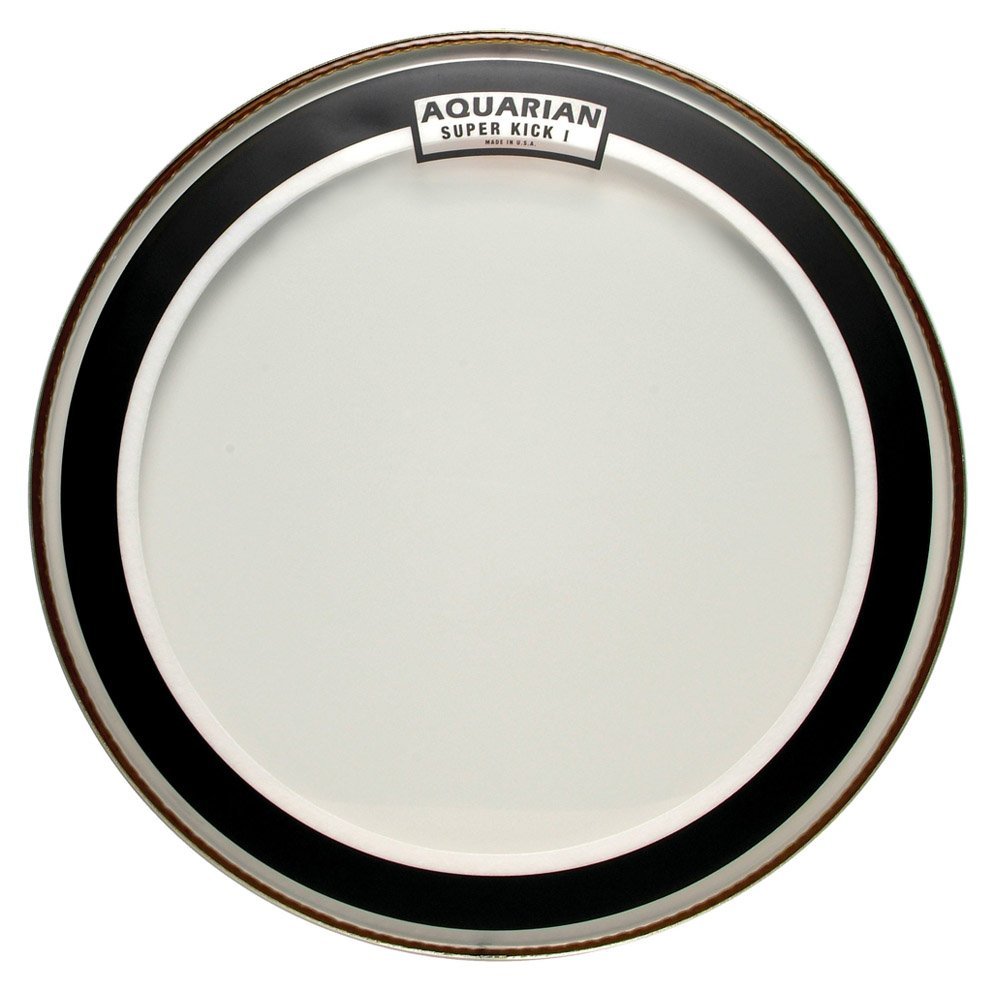 The Aquarian Super-Kick I is a controlled and punchy bass drum head. It gives a deep focused thud without overtones getting in the way, while still allowing for some mid and low-end sustain.

The Aquarian Super-Kick I is made with a single ply of clear 10mil film, combined with a narrow felt muffling ring attached to the underside of the head. The muffling ring is partially glued to the head, allowing part of it to “float” more freely as the drumhead is struck. The floating feature of the ring means that it won’t choke the drumhead too much, which keeps some liveliness in the overall sound. The Aquarian Super-Kick I Clear is a focused bass drum head, giving a tight punch while keeping some sustain.

Due to the single ply construction, the Aquarian Super-Kick I is quite a responsive bass drum head. Lighter touches come through clearly, making this drumhead very usable at lower volumes. At medium and higher volumes, the Super-Kick I also performs well –  the brighter attack comes through clearly, and there is enough punchy depth to be heard well. Note that if you play very high volume music, the single-ply design means that the Super-Kick I won’t handle long-term heavy hitting. Get a bass drum patch, or take a look at some of the other thicker options in the Aquarian Super-Kick range.


The Aquarian Super-Kick I is perfect if you’re looking for a punchy and fat sound without overtones, but still want to keep some sustain. The design means you won’t need to stuff your bass drum with pillows to get a focused sound, leaving you with an overall more consistent tone. The Super-Kick I is a responsive bass drum head, and is very usable across a range of volume levels and musical styles.

Your bass drum gets a bigger workout than just about any other piece of gear on your drum kit… Because of this, it’s super important to have a great bass drum pedal: Check out our best bass drum pedal guide, with reviews of the best pedals out there today, PLUS essential info to help you understand how your pedal functions.