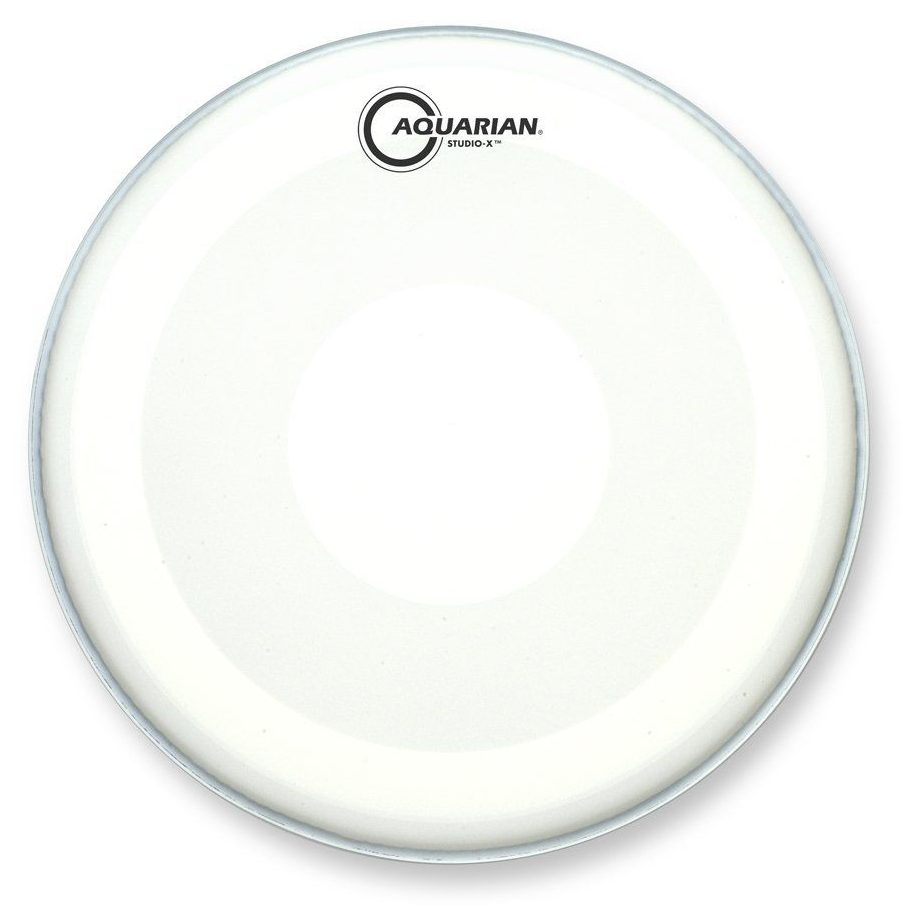 The Aquarian Studio-X Texture Coated with Power Dot has a focused attack which is followed by controlled mid-range and low-end tones. These drumheads are great for reducing overtones without choking your drums too much.

The Aquarian Studio-X Texture Coated with Power Dot is made with one ply of coated 10mil film, an underside control ring, and underside center control dot. This head is a good balance between sensitivity and control. This drumhead is a more durable version of the Studio-X Texture Coated, with a touch less sustain. The power dot adds attack and extra durability, without sacrificing too much sensitivity. The sound is more focused than an undampened single ply drumhead, thanks to the control ring and dot. Overall the sound is pushed towards the mid-range and low-end, and there is still some sustain and good sensitivity.


The Aquarian Studio-X is a great choice if you want to reduce ringing overtones. The control ring on the Aquarian Studio-X acts to reduce high-pitch ringing, while keeping some sustain. The result is a punchy sound, with good depth. The coating adds warmth and is great for brushes, with a nice textured surface to bring out brush strokes. While the coating smooths the attack, the center dot gives it a little boost… There is slightly more focus on the attack and less on the ringing that follows. The Aquarian Studio-X Texture Coated with Power Dot has the sensitivity of a thin drumhead, with the focus and durability of a thicker head. This is a great choice for a warmer and more focused drumhead that is usable at all volume levels – sensitive enough for quieter playing, while durable enough to handle some harder hitting.