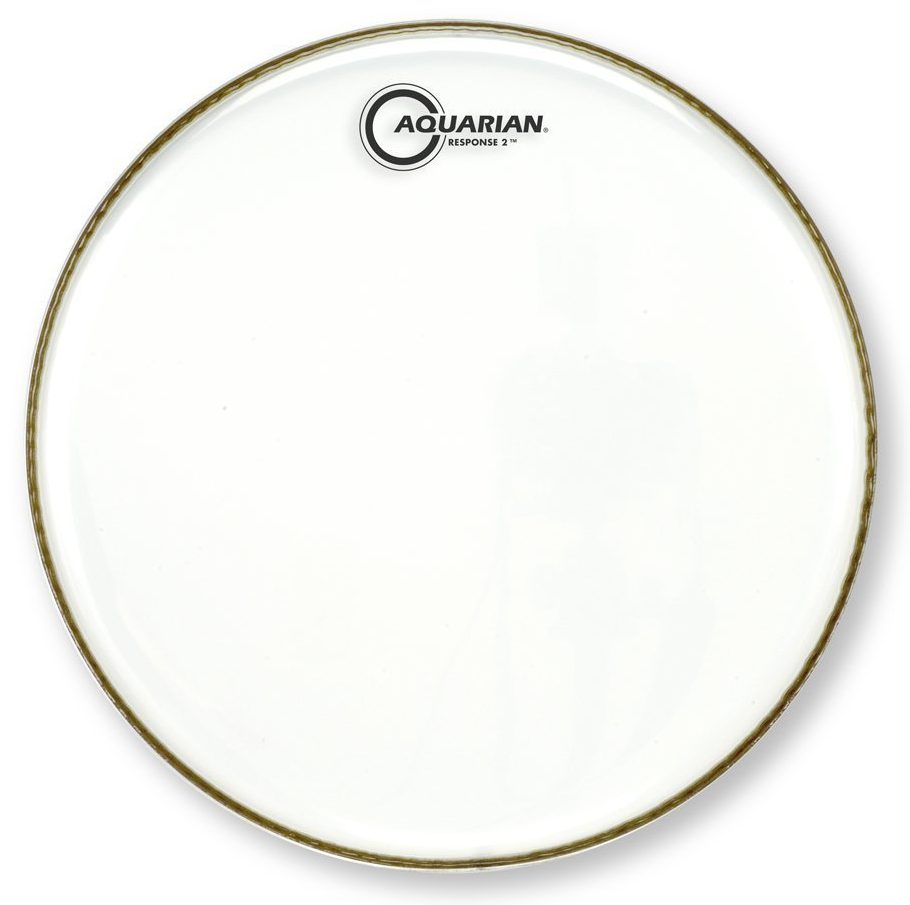 The Aquarian Response 2 Clear is a well balanced drumhead with a strong attack, moderate sustain, and good durability. This head has a slightly focused sound, but will still allow your drums to resonate well.

The Aquarian Response 2 Clear is made with two plies of 7mil clear film. This drumhead performs well across many situations, although really shines at medium and high volume levels. The Response 2 Clear has no added dampening or control, allowing it to keep a fairly open sound with a moderate sustain.

At medium and high volume drumming, the Aquarian Response 2 Clear performs very well… The clear plies give a big bright attack that cuts through. The bright attack of the Response 2 Clear is followed by a balanced and moderate sustain. Overtones are present, but the the 2-ply construction helps to keep them from ringing out of control. This drumhead has a more focused sound when hit in the center, and some colourful tones when hit closer to the edge. if you need extra overtone control, add some dampening (such as Moongel) for greater focus to the overall sound.


The 2-ply design of the Aquarian Response 2 means you can hit harder to get a big sound when needed; this is a durable drumhead that can hold up well to long-term heavier use. For loud live environments, the Aquarian Response 2 Clear can give enough attack and projection to be heard. At lower volumes, this drumhead performs relatively well, although the thicker design means it is not sensitive enough for very light playing. Tip: If you’re an extremely heavy hitter and need even more durability, Aquarian also make the Response 2 Clear with Power Dot. This version has a reinforced center area, for added strength under long-term heavy hitting.

For a durable, projecting sound that doesn’t choke your drums, the Aquarian Response 2 Clear is a great choice. These drumheads can handle heavier hitting when needed, and provide good cutting attack for louder environments.