Theobald Ludwig, co-founder of Ludwig drum company, was born on this day in 1889. 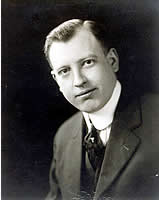 Born April 9th, 1889, Theobald Ludwig was a co-founder of what would become one of the biggest drum manufacturers in the world. Ludwig & Ludwig Drum Company was founded by Theobald and his broth William F. Ludwig in Chicago in 1909. Twelve years earlier, the Ludwig family had emigrated from Germany to the United States, moving to Chicago to start a new life.

Theobald Ludwig sadly died from influenza at the age of 29, after meeting with a sick government official. Theobald had traveled to Philadelphia to meet this official, who was in charge of government musical instrument purchases. The Ludwig family was trying to secure a deal to supply instruments to the government, but unfortunately, the Gretsch drum company had beaten Ludwig to the deal. Theobald was in Philadelphia to find out why. You can read the actual letters describing the situation, written from Theobald to his brother William (head to VintageDrumGuide.com). 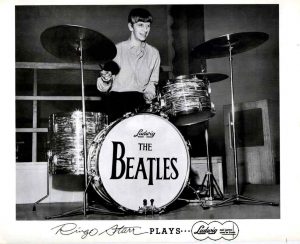 Theobald wasn’t around to see it, but Ludwig would eventually become one of the biggest names in drumming across the 20th century. While the company was relatively successful across the mid 1900s, things really took off after Ringo Starr used a Ludwig drum kit on The Ed Sullivan Show in 1964. Ringo was so proud to have a drum kit from the USA, he had asked for the Ludwig logo to be painted on the front of the bass drum head. With the success of The Beatles, the world took notice of the Ludwig brand and sales skyrocketed. Since then, Ludwig has been used by some of the biggest names in drumming, including John Bonham, Ginger Baker, Vinnie Colaiuta, Mick Fleetwood, Nick Mason, Mitch Mitchell, Keith Moon, Joe Morello, Ian Paice, Charlie Watts, and too many others to list here. Ludwig is still one of the most recognizable brands in the industry, and has come a very long way since Theobald and William F. Ludwig began their small drum store back in 1909.