Red Hot Chili Peppers drummer Chad Smith joined Foo Fighters on stage Saturday night, taking over the drums during a cover of Stay With Me by The Faces (sidenote: the original song features a young Rod Stewart on vocals).

Foo Fighters were playing at Jones Beach, New York when Smith was invited onto the stage to take over on the drums. 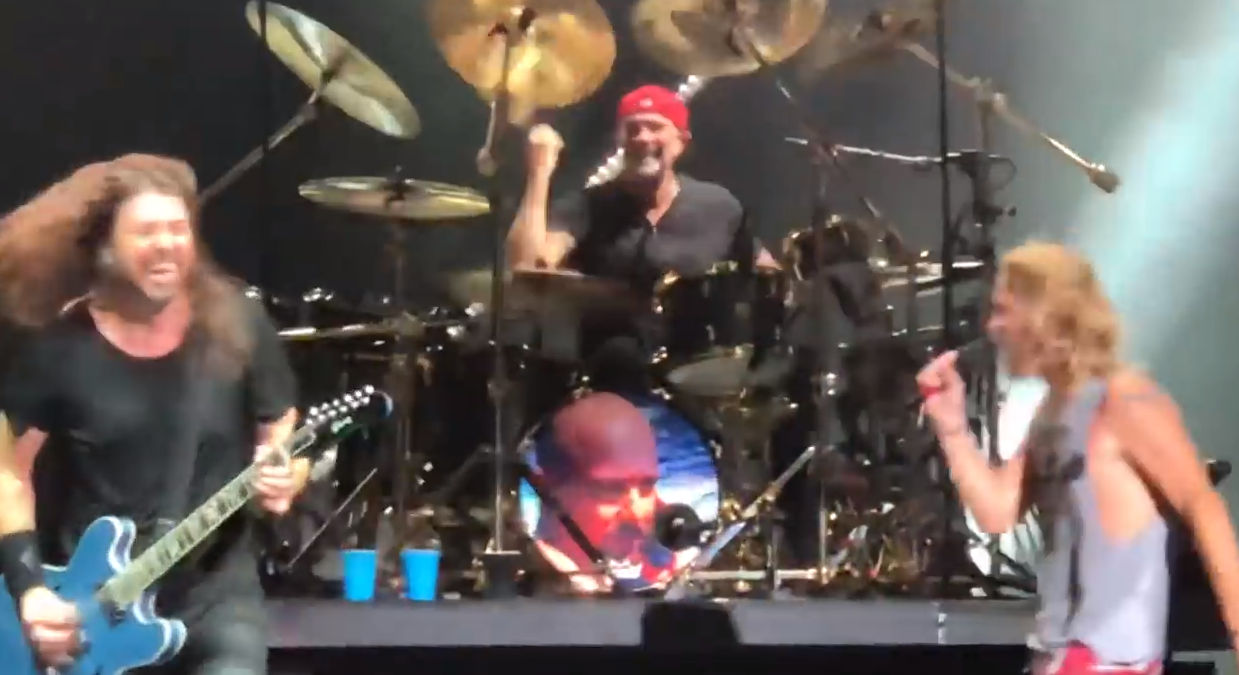 The action was captured by a fan in the crowd, check out the video footage below:

Foo Fighters are currently touring North America on their Concrete And Gold 2018 Tour.